The price of refrigerants suddenly rises at a faster rate, what's going on?

After more than a year of "losing money and earning money", the price of domestic refrigerants has risen sharply recently. What kind of market is this, and can the industry enter the upward channel?

The price of refrigerant has risen as a whole recently, especially R125 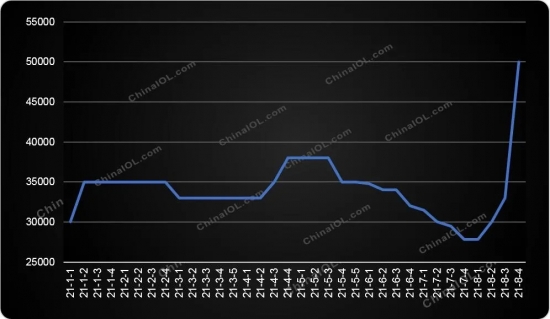 Starting from the beginning of 2021, the R125 market will get rid of the loss-making situation, and the overall stability will be improved. Due to the slight easing of the raw material supply tension, the follow-up price of R125 started to fall steadily from 38,000 yuan/ton. However, it bottomed out at 27,800 yuan/ton at the end of July and rebounded to 50,000 yuan/ton in mid-August. R125 in the last two weeks The increase was more than half.

The price of R125 soared, what is the reason behind it? 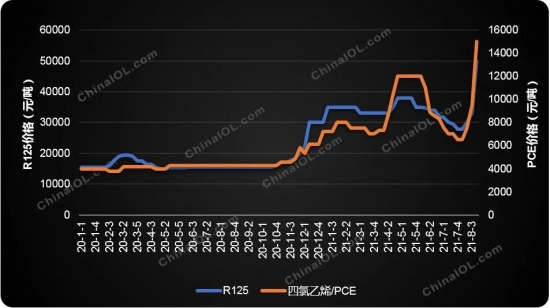 From the perspective of supply and demand, on the supply side, most of the R125 domestic factories in the early stage were overhauled. In addition, due to the low production enthusiasm of the price inversion, the product inventory is low; in addition, due to the shortage of raw materials, the factory load is not high, resulting in insufficient supply in the R125 market. More serious. On the demand side, affected by factors such as increased exports, it has risen recently. Therefore, the R125 market is clearly in short supply and the gap is large.

However, the reason for the price increase of R125 is much more than that. Continuing to explore the reasons, the impact of the US anti-dumping ruling on R125 imported from China cannot be ignored.

Based on the price trend and policy timing of R125, in the past two years, except for the large increase in R125 in November 2020 because of the shortage of raw material PCE, the other large increases are basically closely related to the US sanctions on Chinese-made R125. Therefore, we have every reason to believe that in order to avoid higher prices after the anti-dumping policy is formally implemented, refrigerant companies choose to stock up in large quantities before sanctions, which is also one of the main thrusts for the price increase of R125. 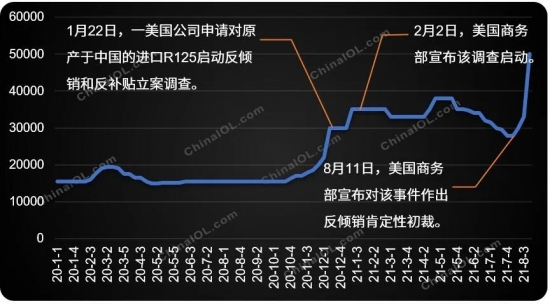 From 2020 to the present, US anti-dumping rulings and R125 weekly average price trend nodes indicate (yuan/ton)

In view of the fact that raw materials are bullish and the supply and demand relationship is difficult to reverse in the short term, Industry Online believes that the upward trend of refrigerants will not change in the short term. The first is that the prices of raw materials such as anhydrous hydrofluoric acid (AHF) and calcium carbide will continue to rise in the near future. At the same time, with the arrival of the domestic stocking period and the continued high demand for foreign trade, coupled with the sharp increase in the price of R125, the industry as a whole is optimistic about the market. Rising, the overall price of refrigerants has shown an obvious upward trend.

Under the influence of many factors, the domestic refrigerant industry may usher in a small peak of development. China's HFCs refrigerant volume is huge, and its production, consumption and export volumes rank first in the world. Under the combined effects of poor supply of raw materials, general rise in refrigerant prices, and the advancement of the "Kigali Amendment" process, the industry inside and outside the industry has developed a market outlook. Generally optimistic.